My Personal Experience With Domestic Violence 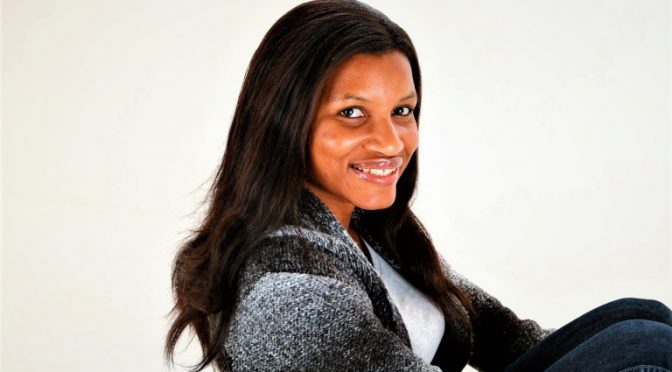 Many people in abusive relationships will initially tend to keep their abuse quiet however, my personal experience with DV was different as I opened up to people close to me and shared what was happening to me.

I was crying and seeking for someone to help me as I had never experienced anything like this and I didn’t know what to do. I had seen and heard of abuse growing up, even vowed to never allow a man to hit me or treat me like the way I saw women suffering. Only to find myself in the same situation but I wanted out.

My abuser was the total opposite of me, a very outspoken, fun loving and full of life young man. He compensated for my shy and reserved nature. As a young girl who never knew what a good and bad relationship was I thought those many calls a day, with endless ‘where are you? what are you doing?’ questions was love. I just thought, ‘well he can’t get enough of me’ as he often popped up everywhere I was literally. And of course after asking me where I was all the time and me answering dutifully, no wonder he would just turn up any time and everywhere. I used to think, ‘well he even comes to my apartment early hours of the morning when dead drunk from the club. He still remembers how to find me – I am his everything’. Little did I know that these are traits of controlling behaviour.

As someone who was shy and reserved, making friends did not come naturally to me so most of the people I became to befriend came from our relationship. In the course of our relationship I was constantly reminded that, ‘you are friends with so and so because of me, so stop messing my relationships with these people by telling them bad things about me. You know these people because of me’. Again little did I know that these are traits of isolation and manipulation.

This was all happening in just a few months into dating and what followed was the beginning of much more worse events to come. I read this example on consent to sexual activity a few days ago, “I’ve been going out with this guy for a few months. He wanted me to have sex with him but I wasn’t ready. He started to shout and get really angry. I gave in to him because I was scared.” This is an example of non-consent to sex and a crime. Again little did I know that him constantly getting angry at me for refusing to sleep over when I visited was an example of sexual, verbal and physical abuse. I had initially told him, ‘I wanted to have sex after marriage’ until one day when he really got angry and hit me in the middle of the road for refusing his sexual advances. He followed me home (two trains and a bus later) apologising and even cried saying he didn’t know what had got into him and that this would never happen again. I was young and naïve and accepted his apology until I gave in into sex.

I fell pregnant not long after and miscarried. Before long, I was pregnant again and decided to terminate my pregnancy because of the shame I felt (falling pregnant before marriage, being a role model as the first born child and all the fear going through my head). We went together with my partner to the hospital after I miscarried and clinic when I aborted however, later on I was accused of killing our baby.

Initially, I had come to Australia as an international student then lost the visa as it was terminated. I was given 28 days to leave Australia and my abuser suggested we apply for the spouse visa as we qualified, having been in a relationship for more than a year. I agreed and by God’s grace we were successful. The spouse visa became my hell on earth. It is on this visa that nothing I did or say was right according to him I was now a ‘drama queen’ because I wanted permanent residence. I stayed out of home more than I stayed inside as I was constantly on the run, calling the police all the time. I had another pregnancy that I terminated without his knowledge and my final cry for help was overdosing, which led me to the hospital and eventually getting the help I needed.

The day I overdosed. If I could chop my head somehow I would have. He beat me like a dog for hours and locked me indoors. I needed to get out desperately. I couldn’t find a way out and my migraine headache was killing me. Throughout the course of the relationship I began to suffer from migraine headaches and did not eat constantly, which he constantly threatened to leave me for. He would say, ‘look at how skinny you look and how big I am getting – people will think I abuse you’. How ironic is that?

We constantly argued and fought, at the end of it all he would say, ‘I love playing practical jokes on you’. How was this even a joke? The most popular joke he played on me was my virginity. Earlier on I mentioned how I constantly refused to have sex before marriage, so eventually when I gave in, every now and then he would joke that, ‘I never found you a virgin anyway’. This really used to make me so angry. He knew how my virginity meant a lot to me as a girl and as a Christian, and to deny me my truth was painful. Little did I also know that this was gas lighting. He could actually end up fighting me because of such a practical joke – as he called it.

Even when I decided to leave the relationship for good, the abuse did not stop. He actually went to the immigration to report me for using him for a permanent resident visa. And he had evidence to prove, evidence that he manipulated himself. When I left the relationship I left everything but my clothes. So somehow he managed to login in my computer and change passwords. He logged in on my social accounts and began writing emails to my male friends telling them, ‘how much I had lusted over them over the years, was pretending to love a man I met in Australia and was waiting to receive residents to sponsor them to Australia’. It was something you would see in a movie but that was my reality.

The constant accusations of cheating on him with all his male friends never got old. For the three and half years we were together in this relationship I cannot even count how many men I was accused of cheating with and all of them were known to him. I was beaten for so many men that it gave me nightmares years later. I hated any men.

I was going to say I could write a book on my experience with DV but I have actually written one called, ‘Greener Pastures Beyond Mt. Abuse’ to expose and start the conversation on things that happen behind closed doors with abuse and violence. No one deserves to be treated this way by anyone.

2 thoughts on “My Personal Experience With Domestic Violence”