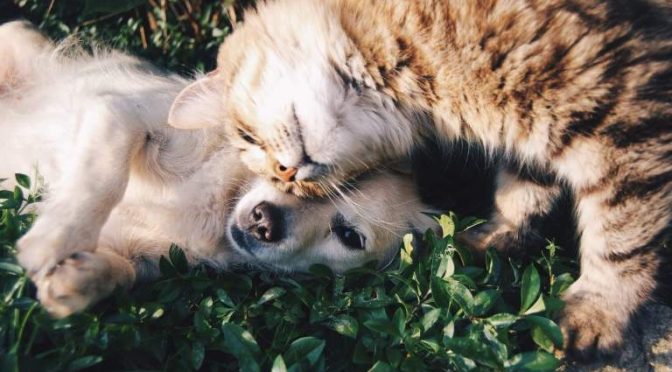 If hurting or killing what your partner loves gives you power and control then that is not love but violence and abuse.

Before coming to Australia in 2004, I had never been around pets to the point of understanding the relationship between humans and pets. I had known that a dog was a dog and a cat was a cat, with not much attention put onto them.

Upon settling in Australia, after three weeks of arriving, I lived with a beautiful white lady in Fremantle, Perth and she had a beautiful dog. A few weeks later I befriended a white Kenyan lady who owned a dog and a cat. These beautiful pets were undeniably part of the family. They slept indoors, received lots of affection (kisses, cuddles, talked to, wore warm clothes in winter, covered in blankets when they slept on the couch, went out for lots of walks, came along for drives and catch ups with friends (basically they were part of the family). This was surprisingly intriguing as at times I felt like the dogs were loved more than other humans (probably were). I mean the pets even have expensive insurance.

What I came to realise was that this kind of relationship between people and their pets was special and very deep. It’s not just a dog or a cat or just fish or rabbit or birds, they have names and are very much loved and cared for. To the point where people book holidays with their pets in mind that they even find pet sitters or boarding kennels it’s actually amazing. So with this kind of relationships between people and their pets it’s easy to see why abusers can use pets to manipulate, control or harm their spouses. An abuser can easily say, ‘if you leave me I will kill your cat’ or ‘if you don’t give me this money I will sell your puppy’ or say ‘if this relationship ends you won’t get your bird’ knowing very well how much you love your pets. This way abusers are able to control you by putting fear in you that if you don’t comply you might lose your loved pet.

Personally, I don’t have pets but I love them because for the past sixteen years I have been in Australia and having so many relationships with people with pets, I have grown fond of many of them and likewise. I went to visit Nicola, one Saturday, and it occurred that on that particular day Lil, another friend of ours, had left her dog with Nicola. So as I walked up the stairs to the living area I saw Sophie (Lil’s dog) and because she knew me, she was wiggling her tail and moving up and down excited to see me. Sophie knew who I was and at that moment I realised how much we were actually close.

With this in mind, one afternoon when I was finishing up work for the day I heard people screaming, shouting outside, cries of a woman in distress and car screeching sounds. With one of my work mates we quickly went down the stairs to go outside and see what the noise was. Next to our warehouse in Malaga was a gym and outside in the parking lot a couple were screaming at each other. The lady was standing and talking to a gentleman inside the car and a puppy was also in the car. This couple looked like they were not agreeing with one another and shouting at each other.

From the look of things, the guy was definitely emotionally abusing this lady because he would charge the car and speed away with the puppy barking inside and this lady was shouting, ‘bring my puppy back’ ‘he has taken my puppy’ as she screamed and sat in the middle of the road. It was distressing just watching this unfold. The young lady was visibly upset and shouting, ‘he is going to kill my puppy’. This guy drove back a few times and then he would argue some more and drive off and this lady would keep screaming and shouting for him to return her puppy.

It was horrifying to watch someone actually enjoy making someone upset and play mind games in broad daylight. As someone who had experienced manipulative behaviour from my ex-boyfriend I could totally relate to this young lady and what she was going through. The fear of losing her puppy when she was threatened it would be harmed and being humiliated in the street like this brought so many memories.

During the course of my abusive relationship, one night my partner threatened to kill himself because allegedly, I was painting a bad image of him to people known to him by airing my dirty laundry of abuse. During this time he was away at work in the North and as he kept threatening to kill himself over the phone, I had to call my pastors and police in the North to go and check on him as I was terrified he would harm himself. I could not sleep thinking to myself, he will kill himself because of me. When the police tracked him, they found him with friends, drinking and watching soccer. There were no signs of him being in a suicidal state. He was just playing mind games to control me.

This violent behaviour and use of threats to kill or harm pets just never gets old. Some will actually go ahead and harm these beautiful innocent pets but most abusers use threats to cause you to fear and allow them to maintain control and power over you. Hence, I am speaking out and so are others to raise awareness. Once you hear or see these signs of behaviour during courtship please pick up yourself and run. The longer you stay in such relationships the worse it becomes. My ex-partner used to call them’ “practical jokes”. How ridiculous is that?

1,351 thoughts on “Pets and Domestic Violence”