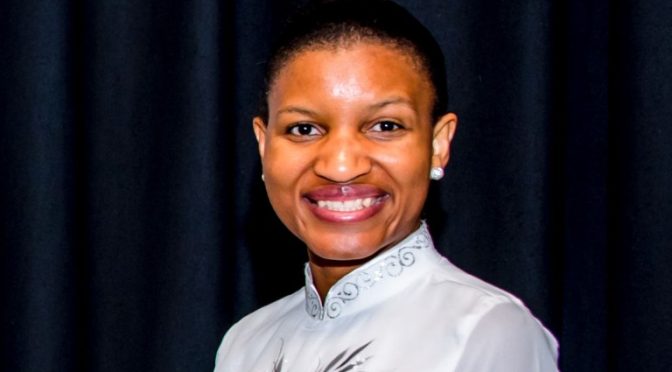 Beyond the numbers and figures she spends figuring out during the day, is a passionate lady who is stirred up by the thought that someone out there is being abused or violated and doesn’t know what to do or where to get help from. It is that passion that brings out the lioness in the quiet young lady. Find out more about Tinashe La, STOP Domestic Violence Conference Ambassador in our exclusive Q&A.

Q: Why did you decided to become a STOP DV Conference ambassador?

A: Because of my authenticity, I felt people would be able to relate to someone they can see and talk to freely thereby also helping in achieving your mission in helping raise awareness on domestic violence and abuse. Even though I am passionately advocating in my own little way, I realise that on my own I cannot do much but by working with you I do believe we can all achieve something great.

Q: Do you have lived experience with DV?

Q: How did you manage to leave the relationship?

A: After speaking to an immigration lawyer who told me of similar people in my situation and assuring me that the Australian government would not let someone to be abused for the sake of a visa, for the first time I felt hope and encouraged and not stuck. I realised that there was no shame in leaving this toxic relationship. With the help of my adopted family, we sought for a share house that I could reside in whilst I transitioned out of the relationship. Then, I didn’t even know of refuge accommodation. I was naïve the day I decided to leave him to say thank you and good bye because that is the first day he actually beat me up till I bled and actually threatened to kill me.

Q: Did you feel that the services available are able to provide enough support for those in need?

A: Initially, when the abuse started I didn’t know of the services available for people going through domestic violence and abuse. We perish because of lack of knowledge. Even though the people around me helped me, I feel like they did not really understand the ins and outs of domestic violence. It was not until I had overdosed that one of my white Australian Kenyan friend told me that this was unacceptable in Australia. I then went to speak to an immigration lawyer and it was then I realised there was a way out.

Q: What else do you think could be done to ensure those impacted by domestic or family violence are better supported?

A: It would be a dream come true if those that are experiencing domestic violence and abuse didn’t need to run away from their homes and seek refuge elsewhere, but to let the perpetrators of violence seek refuge in places where they can be counselled and helped to change.

Any person experiencing violence and abuse needs that assurance that they are going to be okay once they leave an abusive relationship in terms of (where to stay, what they will eat, will they still have a visa, will they still be able to move from A to B, if they will be safe) and it is in knowledge of organisations that offer this kind of help. So education and awareness needs to be made more loudly that people can easily access information.

Q: How did the experience impact you?

A: It impacted me in every way possible, I lost who I was as a person because no matter what I did nothing was ever right or good enough.

Emotionally and psychologically, not only did I fear the man I claimed to love, the fear made me mute to the point of not being able to stand up for myself. For example, the day I took a workmates ’ruler and when the owner asked for it because of fear, I asked my manager to lie on my behalf that it was him who had borrowed it. I was petrified to just say, I am sorry I took it for a minute.

Mentally, it was the hardest. Whilst, in the relationship I didn’t realise that I was in survival mode. All the decisions I made for example (trying to jump off the bathroom window when I was locked in the house or overdosing to escape the painful migraines or pregnancy terminations because of fear or hating the unborn child that looks like him).

Physically, my health was going downhill every day that he would even threaten to walk away from the relationship because people would assume I was being abused. I lost so much weight as I could not eat and suffered (still suffering) from migraine headaches. I lost three pregnancies in the course of the relationship.

Financially, I felt like I was working for an open hole. No matter how hard I worked the money always went for things that I did not agree with (alcohol and partying). Even after I left I was in so much debt.

Friendships and relationships were destroyed though manipulation.

It hit me more when I had left, when I was looking back at what I had gone through and what I was still going through that I regretted not pressing charges whenever I called the police.

The nightmares I had at night for at least three years when I left this relationship are not something that I wish for upon anyone, even my worst enemy (I have none).

I was even tormented when I was not with him. He hacked into my email and changed my passwords. Wrote manipulating emails to people I knew on my behalf and used this against me with the immigration so as to prove that I was using him for a visa.

Initially, after I left this relationship I hated every male I could think of and I am happy to say I am now happily married.

Above all else, a passionate advocate was re-born in order to raise the curtain and start the conversation by breaking down the walls of silence. You can only give what you have.

Q: What do you do to help the community prevent and recover from domestic and family violence?

A: I speak out authentically at different events and videos in hoping that someone may be encouraged.

I have been working with RUAH in WA to speak out and educate the community on what domestic violence and abuse is.

I also help direct people to the right place and organisations that will best help them in their different situations.

I also speak out to educate the youth on what a good and bad relationship looks like, because for many they base what they know about relationships on learned behaviour.

I forgave my abuser and living my best life freely, I encourage people to forgive in order to recover.

Q: What things can everyone do to help prevent domestic and family violence?

A: First and foremost, when you see or hear it to you call the police and report (you don’t have to be actively involved). That very call may save a life.

Parents and guardians need to be reminded constantly that the children in their care copy what they do and not necessarily what they say, ‘monkey see, monkey do’.

We now have passionate advocates who have been through domestic violence who are sharing their stories publicly so others know they are not alone. Silence breeds violence so if people feel someone is being abused and they don’t know what to do, they can share inspiring books, poems, or videos and sow the seed. Knowledge is power.